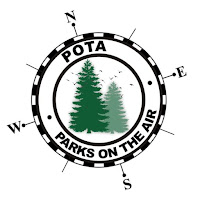 It was February 2017, I just finished building my Elecraft K2 and KAT-100 kits, the Buddipole antenna arrived via UPS, and the weather was looking unusually good for February in Seattle. I did a dry run of setting up my first portable kit in the back yard. Made a checklist, then carefully repacked my kit. Everything was a go!

My portable kit at the time was rather simple. An Elecraft K2 & KAT-100 combination, the Buddipole antenna, a 12 VDC 12Ah SLA battery, and a small Heliox table and chair which all fit nicely in a North Face duffle. Friday morning, I departed Elliott Bay Marina for the roughly 10-mile trip to the "back side" (western side) of Blake Island to grab a mooring ball. I have sailed over to Blake Island many times with my family. I knew the island very well, but once secured on the mooring, I took the dinghy ashore to do a bit of reconnaissance to find a spot to setup on Saturday. After locating an ideal spot on the "spit" on the northwest part of the island I went back to the boat to relax for the evening. Saturday morning was beautiful but pretty darn cold. I really didn't want to leave the warmth of the Dickenson diesel heater warming the cabin of the sailboat. But, after a couple cups of hot black coffee and a hearty breakfast I layered up and ventured out into the cockpit, carefully loaded my kit into the dinghy, and made my way to the island. This time of year, I pretty much had the island to myself except for the ranger who lived on the other side of the island, a gaze of racoons, and the occasional sighting of a deer. There was no wind, and the sun was warming things up rather nicely...well, as nice as you can expect for February in Seattle. At least it wasn't raining!

I found my spot, setup my Buddipole antenna, setup the table and chair, sat down and went to work. In the span of 2 hours, I had made 10 QSOs. It was my first time to operate portable. It was my first time to operate QRP. And, although I didn't realize it until later, it was my very first Parks On The Air (POTA) activation! (In all honesty I didn't know I was activating a POTA site at the time, and later found out that past activities could be logged with POTA.)  I was pretty darn excited, but despite the sunshine the cold got the better part of me, so I called it a day. But a very good day indeed! 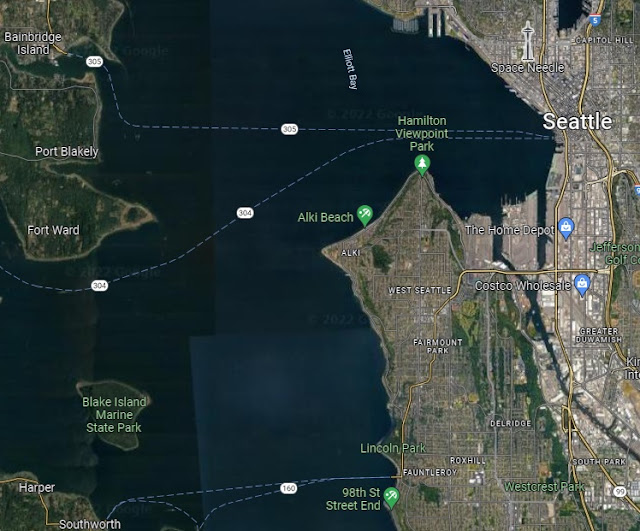 Getting to Blake Island is not easy. because the island is only accessible by private boat. (Pre-pandemic Argosy Cruises in Seattle would take visitors out to the island to visit Tillicum Village, but Argosy has opted out of that agreement in 2022.) On the east side of the island is a small marina (which fills quickly in the summer), a ranger station, Tillicum Village (which is closed), 2 pavilions, lots of picnic tables, plenty of open space and a campground nearby. On the west and southwest side of the island are mooring balls, campgrounds, sandy beaches (not for swimming unless you like bathing in 52 F water year-round), and a few picnic tables. It is possible to anchor boats, but the bottom profile has a steep drop off, and the currents and winds can sometimes cause poorly set anchors to drag.